And for this repair I had to sculpt 9 of those ietsiepietsie teenieweenie little rivets that are used on all the MM90 Chaos Dwarfs. I did the free style by placing a small bit of putty on the spot and then trying to get it to stick and shape it into something roundish.


This was frustrating and time consuming, I needed to find a better way. I tried a fineliner pen with the tip taken off but these rivets were too big and left too much putty around the edges. Fine liners are great for making indented rivets but not for protruding rivets.


Now I'm in the process of sculpting several Chaos Dwarfs that will need a sh!tload of the pesky tiny rivets, no a very tempting prospect. See here:
http://evillittlebuggers.blogspot.ae/2018/04/filling-alys-gaps-hmmm-that-came-out.html


So I had to come up with something to make this process easier, so I made a tool: 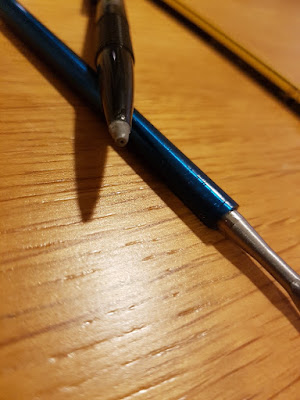 I used an old pen, made a tip out of putty and then used a needle to make a small hole in the middle of the new tip. I then covered it with superglue to make it a bit sturdier (putty is quite flexible). So why is this better then a fineliner, I hope this illustration explains that: 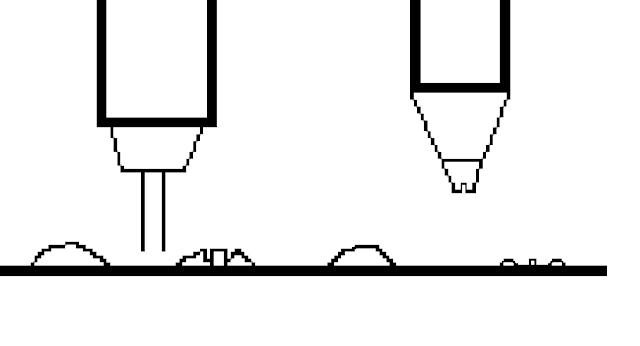 Where the fineliner will make a nice round rivet, it is however too big and it will leave a lot of putty remaining around the edges at the same height as you want your rivet to be. The tool I made will flatten the putty around the rivet, making it easier to smooth it into the surface and with a lot less residual putty.


So how to use? The best I way I found was to roll a bit of putty out and while holding it on the spot where you want the rivet, you push the tool onto the putty, but don't forget to lubricate the tool or the putty gets stuck to the tool: 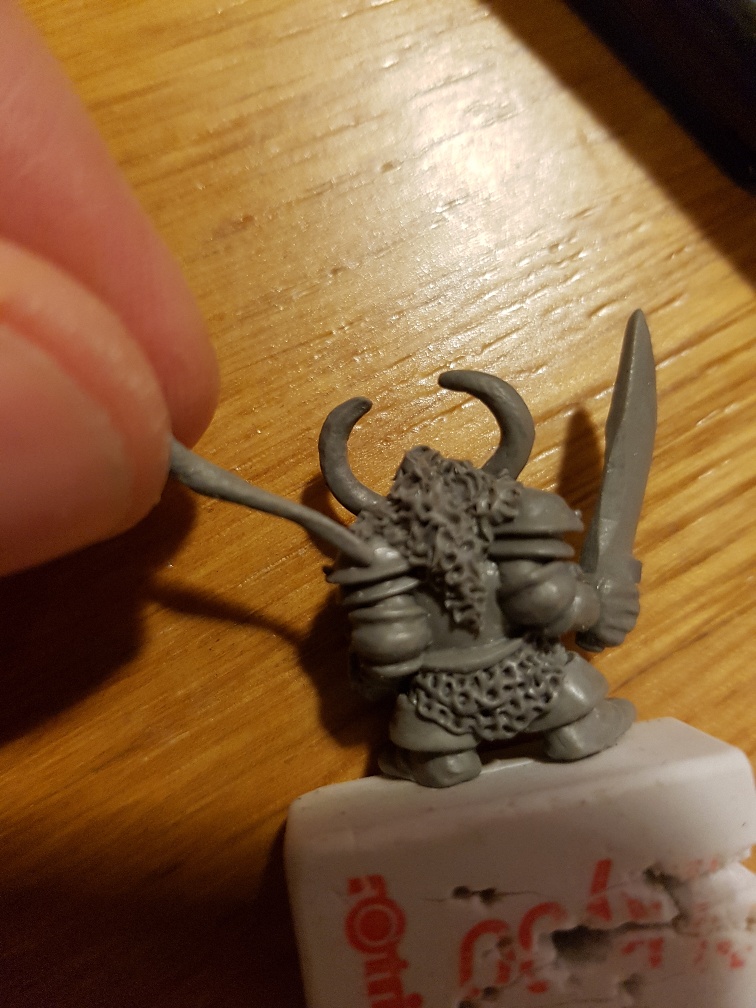 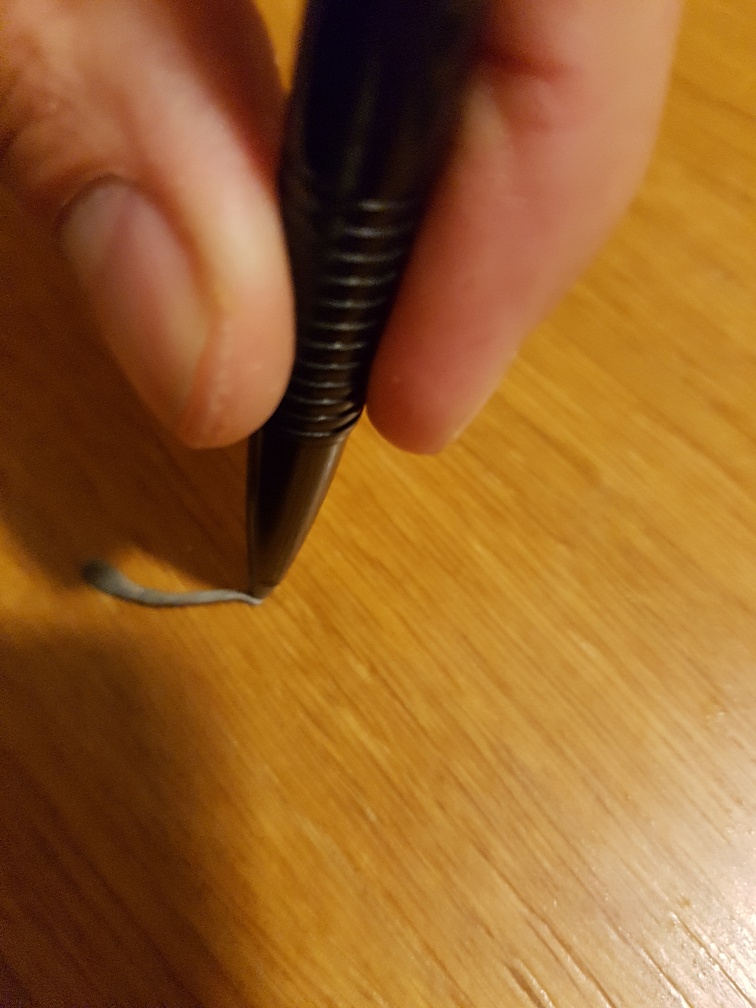 The second picture shows me pushing it down on the table top and not the miniature but that's because I only have two hands, one of which had to hold a camera, but you get the idea. After you push the tool down pull the putty away. 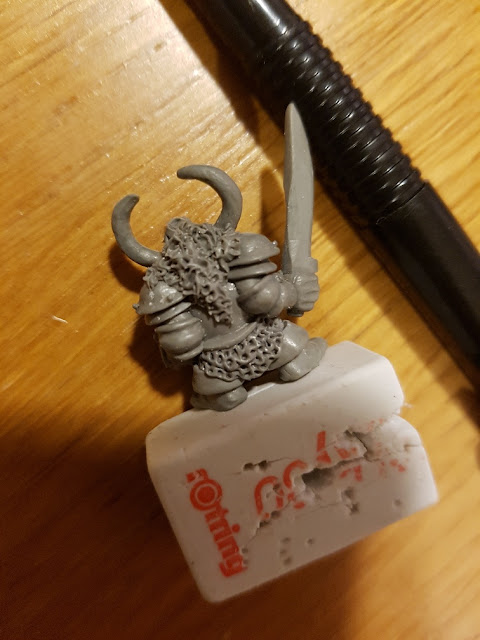 And voila, you have a perfect tiny rivet, smooth around the edges a bit if needed, but that's it!
at April 15, 2018

Received a very heavy package from the UK recently... And yes, they are here, many many pristine casts of the hateful eight! More info... 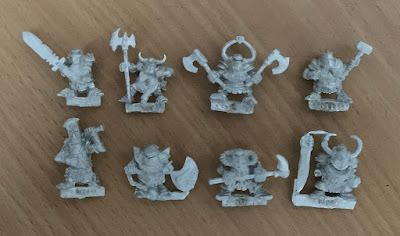